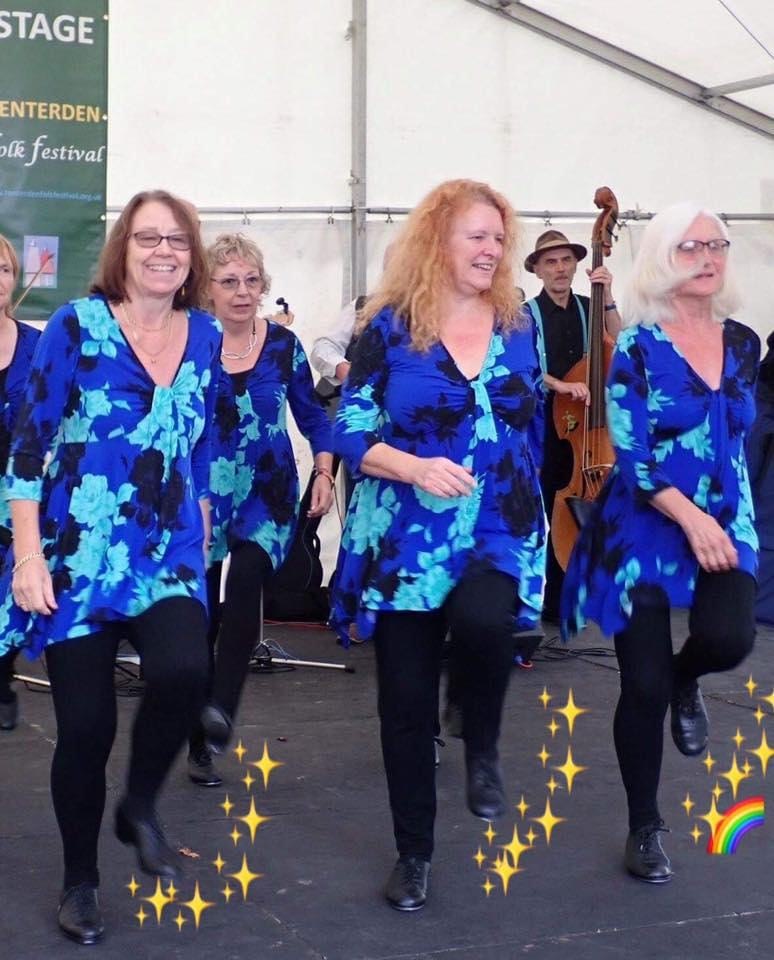 September 2021: Tanglefoot Appalchian cloggers regretfully announce that they have decided to call it a day and disband. This is due to retirements, injuries and lack of new blood.

Tanglefoot was formed in 1995 when two dancing friends, having seen American Folk Clogging decided to form a local team. To this day they are still one of the few Appalachian teams in the south east of England.

Clogging, as our American cousins call it, comes from the style of dancing performed for self entertainment by settlers from the British Isles who emigrated with their traditions in the 18th and 19th centuries and was usually performed on their back porches to traditional tunes. The style of clogging that Tanglefoot perform is called “precision clogging” which is used for team performances.